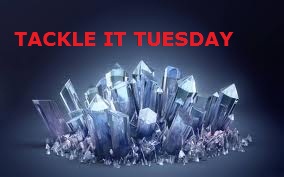 This week’s theme for Tackle it Tuesday is Blue Moon. A Blue Moon occurs on August 31th, it’s a second full moon in one month. It’s magical and mysterious to see that Blue Moon. A Blue Moon occurs not many times. As I look at my lifetime (almost 50 yrs) there were 20 Blue Moons and the next Blue Moon will occur on July 31 2015. So I had to see this event of course. Well I did saw it. I was wandering through my neighborhood when I saw just a circle of light at the nightsky, but several minutes later the clouds moved away from the full moon and than I could see the Blue Moon. It was a mysterious and magical moment which I will cherish like a treasure. Ah! What a richness! I have seen the Blue Moon.

she is hiding
in a circle of light
the Blue Moon

Yes … this was really an event … the Blue Moon … really awesome.

Basho2012 (a.k.a. Chèvrefeuille and Kristjaan Panneman)

One thought on “Tackle It Tuesday, Blue Moon”

Words are the chosen tools of Mankind.

Haiku's with a little Japanese art.

Kickin' it behind the Eight ball